by evilgrins
I'm a big booster in the belief that geek themed maps should have themed weapons appropriate to whatever fan base the map is themed on. As this is an Ewok village, that's Star Wars... and as it happens I've got 2 Star Wars themed weapons. 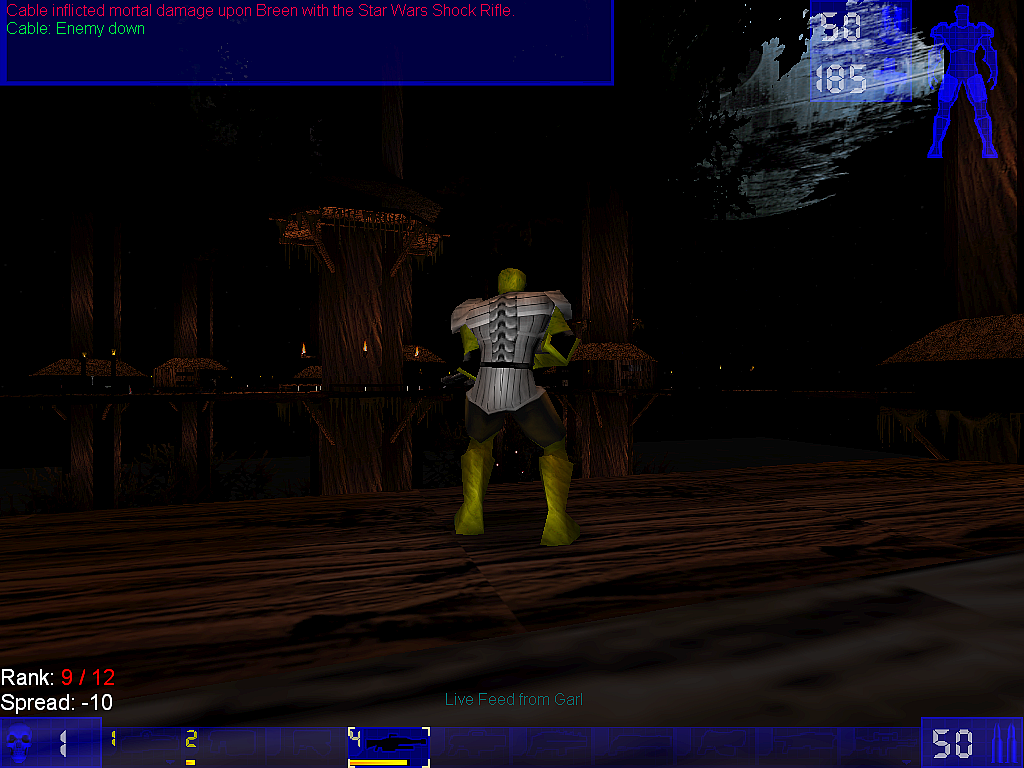 There are about 5 Ewok maps I'm aware of, as I have them, but most of them don't involve combat on all levels. This map has combat above in the tree village and down below on the ground, though the gravity is at normal levels it is possible to survive the fall from top to bottom if you've got full health. 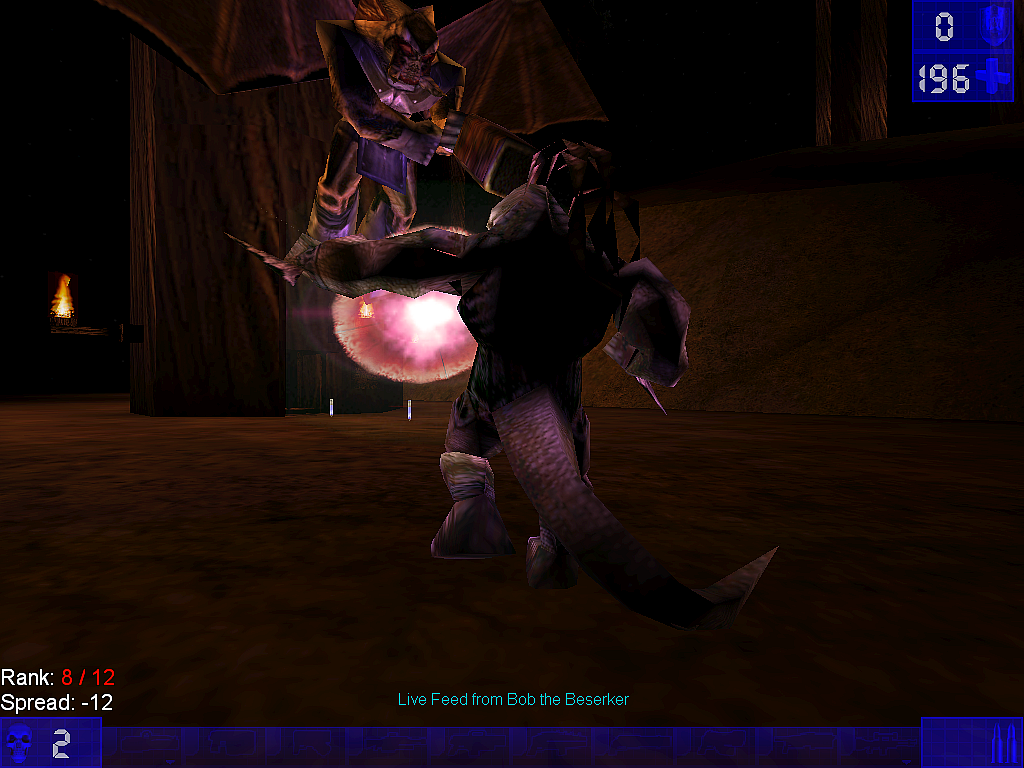 There are 4 UTDM (Unreal Tournament Deathmatch Monsters) on this map. 1 Warlord above and 3 Skaarj Berserkers below, though they don't necessarily stay at those levels. Obviously the Warlord flies and the Skaarj can use the elevators below to access the top. Typically when I place monsters on a map that have projectiles, I switch those to match the primary weaponfire. Warlord has blaster fire but not the Skaarj, as they kinda do akimbo bursts with their claws but this particular projectile doesn't work well with how they shoot. Skaarj blasts cross over on the way to the target and blaster fire doesn't pass through itself, so that limited their range significantly.

Seemed simpler to let the Skaarj have no projectiles and stab players to death. 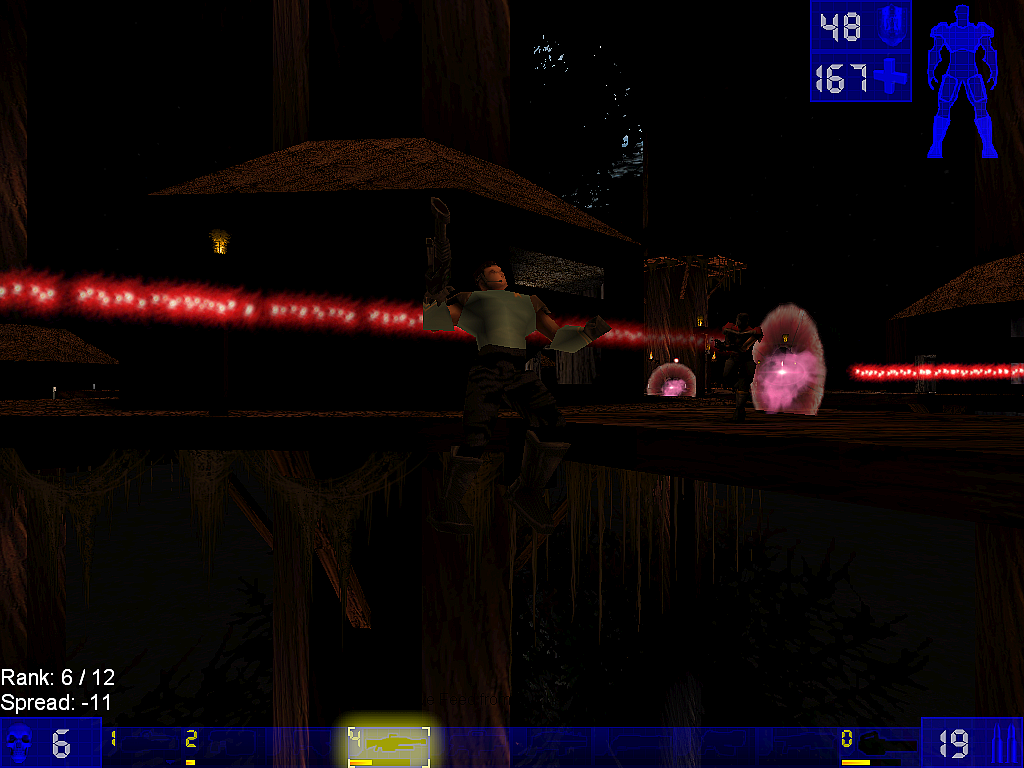 Weapons on this map are the Imperial Star Wars Shockrifle & lightsaber.