I was already having this map updated with pathing (Nelsona) & a better skybox (Anubitek) for an XV edit when Buggie added turrets to the XV package, which seemed ideal considering how this map was originally setup.

What we have here is a fairly massive map with simplified elements, with 4 not at all symmetrical bases. Layouts of each team's respective territory is different as well, and there's some neutral elements too. 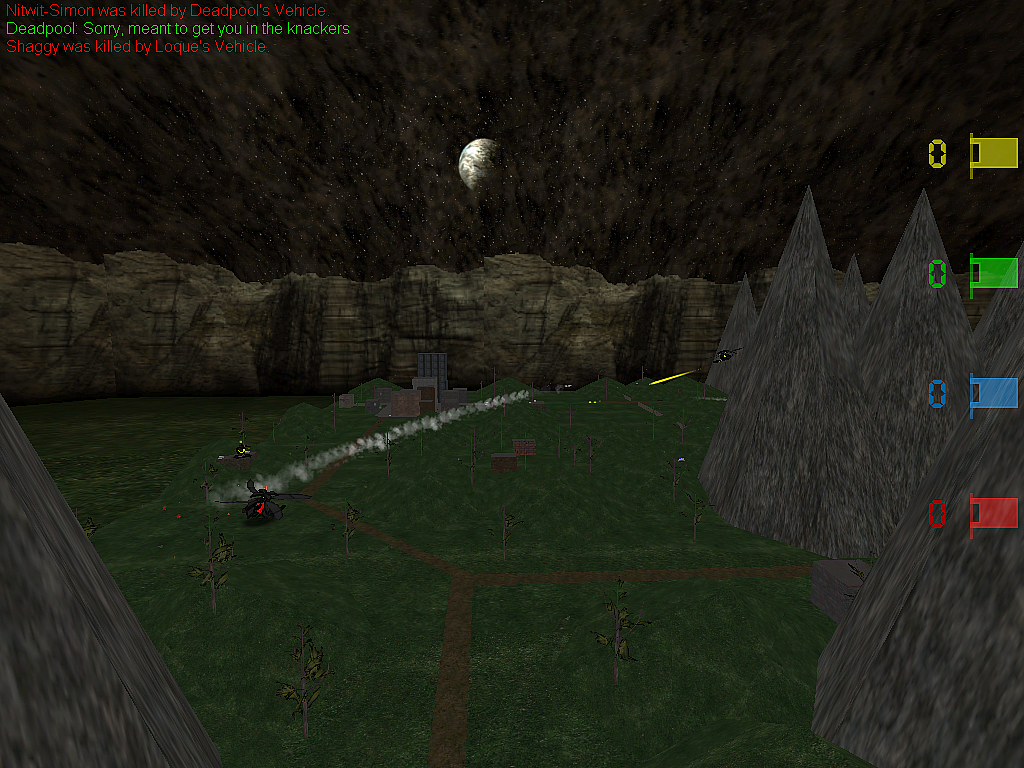 Originally intended for Infiltration, I replaced some of the machine-gun placements with turrets. There were 9 of those, but having 2 turrets to each base effectively makes it not approachable at all, so each team has 1 turret and 1 helicopter.

I replaced the 9th with a UTDMS (Bob) just for the ever popular random element.

There's some distortion BSP issues near the Blue Turret... 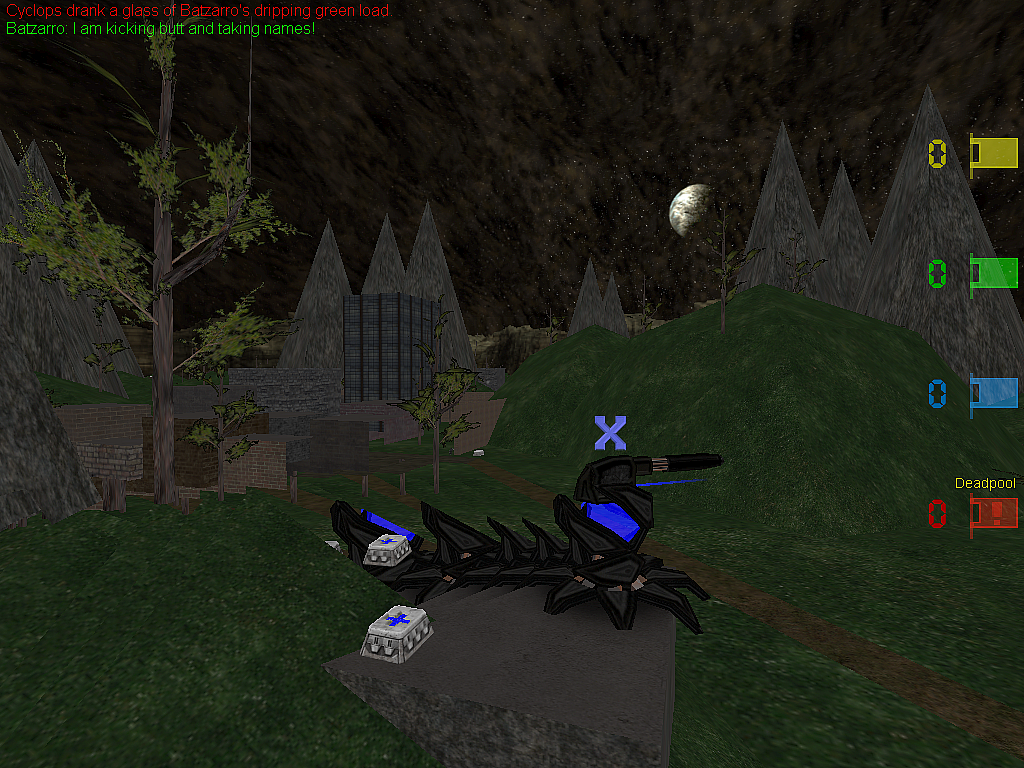 ...but no BSP holes so it's just gonna look a little funky around there for a bit when you're passing through.

Originally I had the smaller of the tanks on the map, but as I tend to play primarily with bots I noticed some issues there. Both in that the tanks kept getting hung up on the trees and bots in tanks kept trying to get on the turrets anyway, which caused them to explode. Briefly tried removing all of the trees, but no matter how many builds I did after that it caused far more BSP issues over a much larger area... so I opted to not go there.

If anyone can find a way around that, this map would be excellent for Team Deathmatch with tanks.