This is an edit of a map Silver Sound made to display cannons that were imported out of ut2004 for ut99. 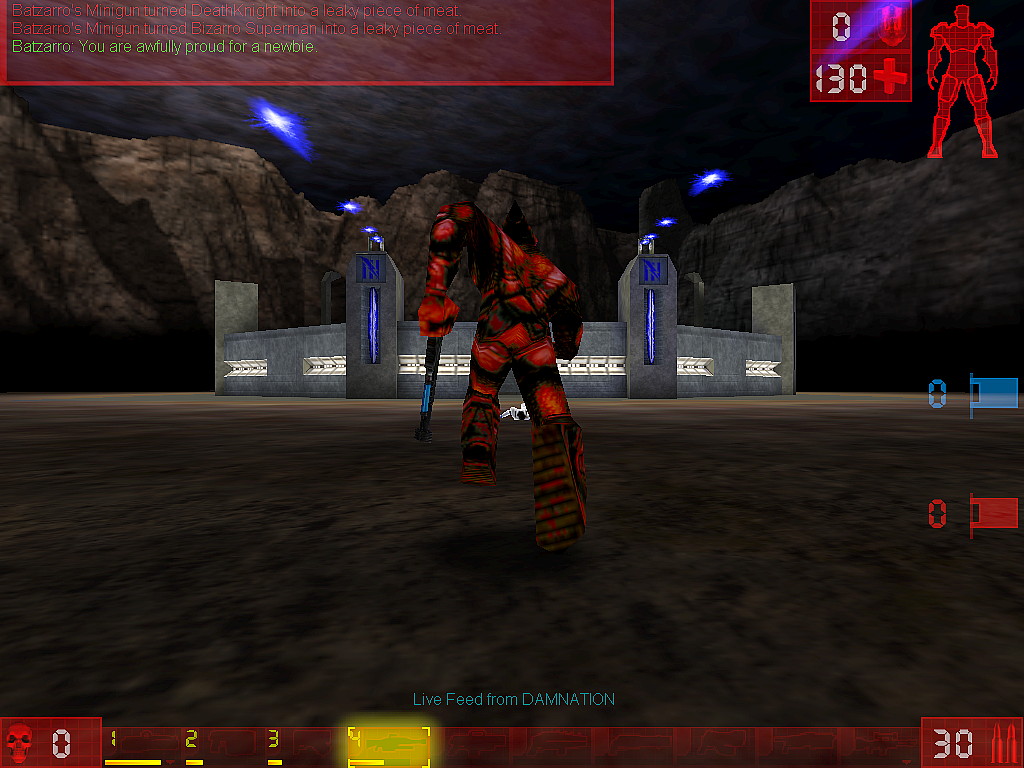 Cannons are only on the Blue Base, and initially to even things out I put a UTDMT on the Red Team named "Red Cannon". There's been other tweaking between then and now, from me and others, while SilverSound continued to work on the cannons.

There's a slight glitch in the cannons. While they will only target players on the other team, they will also kill anyone on their own team if they happen to fall within the field of fire... 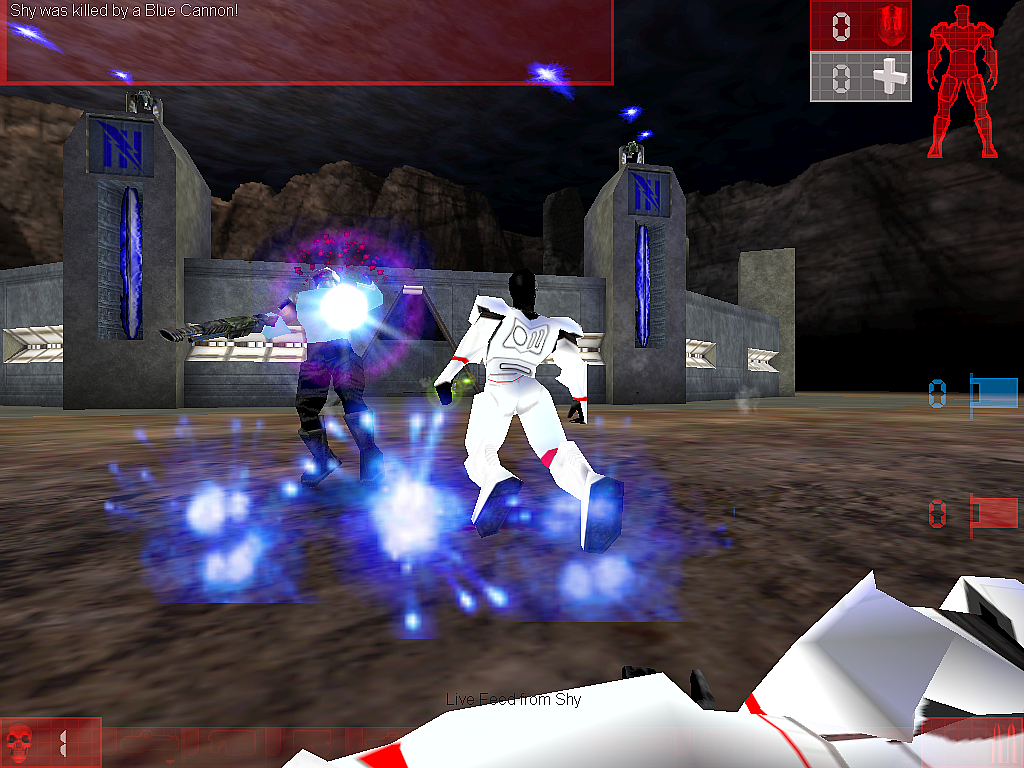 ...I chatted with SilverSound a couple months ago. The glitch has been fixed but the new version isn't ready for release yet, apparently.

Bots don't like being shot by their own team's cannons, and when shot by the aforementioned cannons they tend to shoot back.

Because the teams were completely uneven, the UTDMT & UTDMS that're on the Red Team constantly gave them 2 extra players, I decided to adapt something I've been toying with found on 2 of ZenCoder's maps. 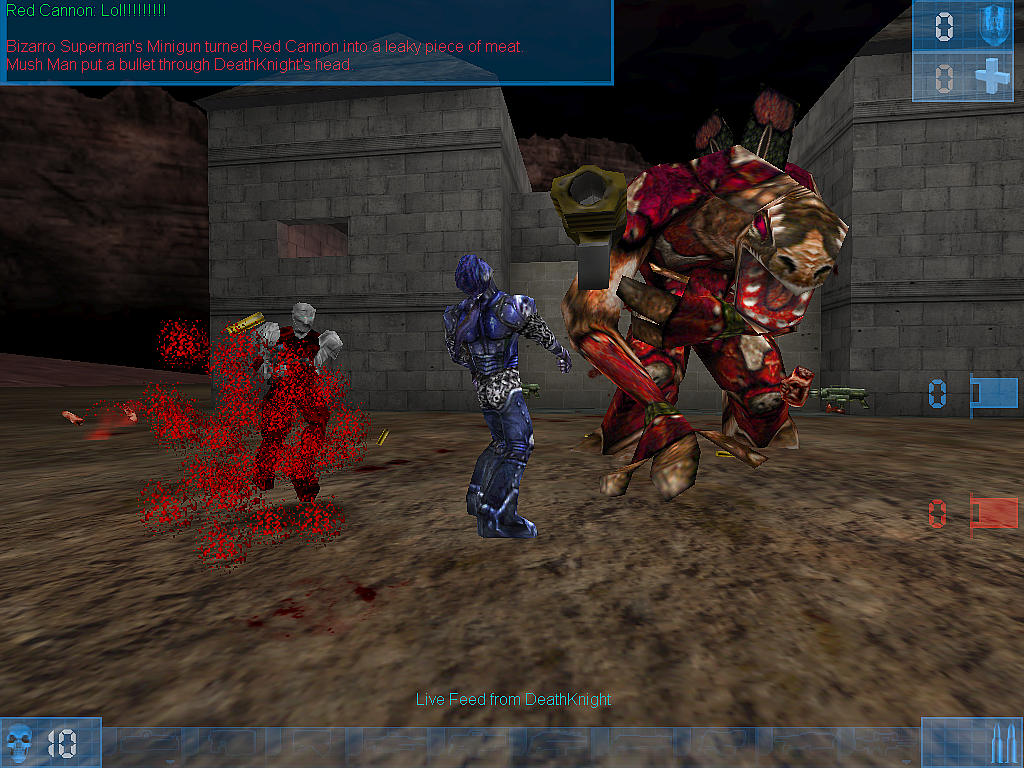 The Blue Team has 2 extra players also, in the form of a U1 playerbot and a ut99 playerbot. No, they're not on the Gold Team and they're not both listed as PLAYER on the score board. ZenCoder's adapted script, I can't code but I cut & paste with the best of them, alters playerbots for team play... no more skilled than any summoned playerbots.