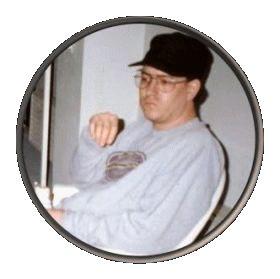 There is no judgment or condemnation here intended for anyone…
Sickpuppy is my son. This is his story from my point of view. Sick was raised, as I was, in a home with moral and religious values. He is the youngest of 3 children. He is presently 30 years old and that makes me a really old geezer. Sick pretty well had a normal childhood except that we moved around a lot. He suffered a serious head injury as a child due to a bicycle accident. There were no apparent permanent damages. In his teenage years, things began to change. He suffered from wide mood swings. Sure enough, a diagnosis of manic depressive followed. He refused to take the required drugs for this disorder. Instead, he decided to try pot. He was caught smoking pot at school and was suspended. We followed up with the normal drug rehab and psychological counseling. It all seemed to be going okay, although he refused to believe that he needed to take medications for the depressive disorder. He was a confused and difficult teenager but we managed to struggle through thinking he would outgrow it. He graduated from High School and got married the next day. The first years of marriage were rocky at best. Soon after, two kids followed with SickPuppy being a stay at home Dad and his wife working. SickPuppy did a lot of auto electronics work at his home, custom audio, speakers, remote start systems. He was always very good at whatever he wanted to do. He was an excellent printer. Things continued for years with a rocky marriage and unusual lifestyle for young adults. Several instances of apparent drug use with occasional dry periods were exposed by his wife. Things seemed to be okay on the surface but were strange to his mother and me. He had a strange habit of staying up nights and sleeping days. This would go on for days at a time. Frequent fights with his wife and his failure to show up at family gatherings were suspicious. When his wife was asked about his absence being caused by drugs, she would always insist that all was okay. We always knew in our hearts that something was wrong. Unfortunately, he was over 21 with kids and out of our sphere of control or influence.

This is what Sickpup has told me after the fact. At the time of the incident, he was on his third day. He smoked some Meth and took some Phenol-barbital (enough for 2 people). He said he needed to keep going to finish a job he was doing. He was able to keep going and going, infallible. He decided to eat a biscuit, got choked and was too far gone to cough it up. He laid there for about 2 hours before his wife went home and his brain was deprived of adequate oxygen.

SickPuppy Because Of Drug Use Has:

Sick has trouble but can walk now with difficulty. He has split open his head and broken his leg by falling. His mind is as brilliant as ever, caught in a body that doesn’t work too well. He talks of Unreal and his online friends. I now sport OldSparky-(DOG)- for him. People ask me why is raw key bindings OldSparky-(DOG)- 🙂 . Why are you so happy Old Sparky? The truth is because SickPuppy is alive, Woof, Woof. God does answer prayers. 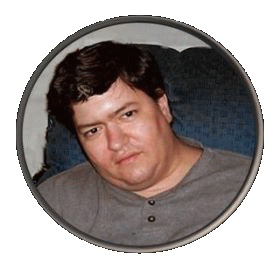 P.S. What The Old Guy Thinks:

It doesn’t have to be nasty of filled with four letter words. Great people play this game. There are lots of 8-30 year olds playing. These youngsters are impressionable.

We use cookies on our website to give you the most relevant experience by remembering your preferences and repeat visits. By clicking “Accept All”, you consent to the use of ALL the cookies. However, you may visit "Cookie Settings" to provide a controlled consent.
Cookie SettingsAccept All
Manage consent

This website uses cookies to improve your experience while you navigate through the website. Out of these, the cookies that are categorized as necessary are stored on your browser as they are essential for the working of basic functionalities of the website. We also use third-party cookies that help us analyze and understand how you use this website. These cookies will be stored in your browser only with your consent. You also have the option to opt-out of these cookies. But opting out of some of these cookies may affect your browsing experience.
Necessary Always Enabled
Necessary cookies are absolutely essential for the website to function properly. These cookies ensure basic functionalities and security features of the website, anonymously.
Functional
Functional cookies help to perform certain functionalities like sharing the content of the website on social media platforms, collect feedbacks, and other third-party features.
Performance
Performance cookies are used to understand and analyze the key performance indexes of the website which helps in delivering a better user experience for the visitors.
Analytics
Analytical cookies are used to understand how visitors interact with the website. These cookies help provide information on metrics the number of visitors, bounce rate, traffic source, etc.
Advertisement
Advertisement cookies are used to provide visitors with relevant ads and marketing campaigns. These cookies track visitors across websites and collect information to provide customized ads.
Others
Other uncategorized cookies are those that are being analyzed and have not been classified into a category as yet.
SAVE & ACCEPT