UT Mappack “RETURN THE HEART” added to all COOP-servers

UT Campaign “7 Bullets” has been brought to Unreal by Masterkent

The UT Campaign “7 Bullets” has been added to the rotation of all coop-servers. thanks to Masterkent, who wrote a special mutator that enables the mapset working on unreal 227. 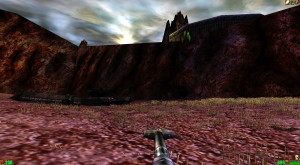 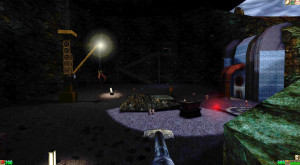 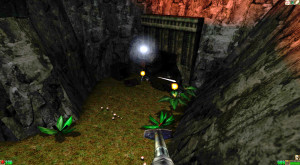 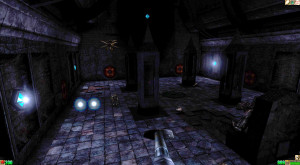 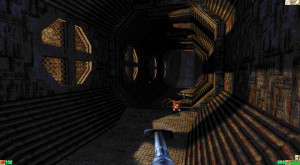 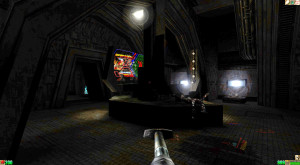 ….and the story behind:
7 Bullets is a TV Custom Mappack, it is the third installment of the character series of mods known as the “Jones Trilogy” as it follows around Jones, the skilled USM Marine from the Xidia incident.

He returns to Na Pali, and his mission is to infiltrate the Inuit Corporation ISV-Kran Science Ship. He is ordered to find a device known as the Data Template, which contained valuable information, and bring it to a dropzone in the ISV-Kran’s created Trench. As per Prisoner 849’s adventures on the Ship, Jones finds the ship completely taken over by the Skaarj Bloodpack as Outpost 1J, with the power out due to what he did in the Na Pali Haven. He fights through the Skaarj Bloodpack, then also discovers a Nemesis Skaarj, killing other Skaarj aboard, known by many Skaarj as the Scarred One, most likely due to his right red eye. Jones battles the Scarred One in a flooded deck, and only weakens him, causing him to escape from the ship. Jones retrieves the Data Template, and heads to Deck 4. In doing so, he picks up a radio transmission from the Extraction Team, hearing that they are under attack by an unknown hostile.

Jones quickly exits the ship and rushes to there aid. Before he reaches their bodies, a mysterious figure ontop of the old entrance to the Trench with a Shock Rifle stuns him and knocks him unconsious. Hours later, Jones awakens to find his team dead and the Data Template gone. He goes through the Vandora Passage of the Vandora Temple and fights through Mantas, Flies, Tentacles, and Spinners, eventually reaching the depths of the Passage, and uses an Enhanced Shock Rifle to fight Titans. After fighting through, he takes an elevator up to an unseen area of the temple, soon comes up to a hole in the back of the temple. He sees it is now being taken over by humans, and finds many dead USM Marines. He encounters a new enemy, the same force that ambushed his team back at the Trench, known as the Terran Pirates, humans gathered together from the crashed ships such as the UMS Vortex Rikers, Prometheus, and Bodega bay. They have formed a terrorist organization on the planet, and have started building humans structures never before seen. Jones fights the groups, and finds out their leader, Drago, is the one who knocked. He sees the Vandora temple different from the one that Prisoner 849 saw before, as new parts have been built. He fights a high ranking Terran Pirate, known as Petra. She retreats, and Jones re-encounters the Scarred One. Drago deploys Marksman into Noork’s Elbow, to decapitate Jones. He eliminates the Pirate threat in the Temple, and encounters Spinners below the Temple. He opens the exit to the temple, and fights through Noork’s Elbow. He sees the crashed Mercenary ship Terraniux, now the base of operations for the Terran Pirates. He sees that something else has been killing the Pirates, The Scarred One, he fights him dead on and once again causes him to retreat.

Inside the prison, the Pirates are revealed to be as just as ruthless to the Nali as the Skaarj before them were. The lone Marine fights through and finds the Data Template in the base’s Warehouse, then proceeds to the roof. He has unfinished business with Drago, and he has one last battle with the terrorist organization that brung hell to life on the planet. He uses a cargo holder to knock Drago off of the roof, and Petra’s jet collapses on Drago. Jones is done with the Terran Pirates, but he has one last threat to deal with, the Scarred One. Jones awakens in an unknown area, and fights the Scarred One, for one last time. He is slashed by the massive Skaarj, but manages to kill it with a Quadshot. Jones coughed out blood, as he lay injured on the ground. A while later, a USM dropship spots Jones, and sends down USM Marines to extract Jones off the planet. Jones is brought back to the Ice Raven, and awakens from his medical bed. He says his last 7 Bullets quote, before the end.

This website uses cookies to improve your experience while you navigate through the website. Out of these, the cookies that are categorized as necessary are stored on your browser as they are essential for the working of basic functionalities of the website. We also use third-party cookies that help us analyze and understand how you use this website. These cookies will be stored in your browser only with your consent. You also have the option to opt-out of these cookies. But opting out of some of these cookies may affect your browsing experience.
Necessary Always Enabled
Necessary cookies are absolutely essential for the website to function properly. These cookies ensure basic functionalities and security features of the website, anonymously.
Functional
Functional cookies help to perform certain functionalities like sharing the content of the website on social media platforms, collect feedbacks, and other third-party features.
Performance
Performance cookies are used to understand and analyze the key performance indexes of the website which helps in delivering a better user experience for the visitors.
Analytics
Analytical cookies are used to understand how visitors interact with the website. These cookies help provide information on metrics the number of visitors, bounce rate, traffic source, etc.
Advertisement
Advertisement cookies are used to provide visitors with relevant ads and marketing campaigns. These cookies track visitors across websites and collect information to provide customized ads.
Others
Other uncategorized cookies are those that are being analyzed and have not been classified into a category as yet.
SAVE & ACCEPT
Powered by